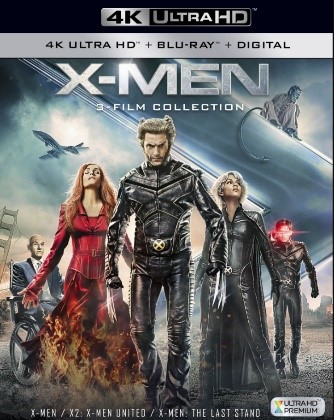 Twentieth Century Fox Home Entertainment has officially announced that it will release the ever-popular X-MEN Trilogy on Ultra HD Blu-ray. The box set will be available for purchase on September 25th.

Relive the original X-MEN excitement with the first three films starring Hugh Jackman, Patrick Stewart, Ian McKellen and Halle Berry. Follow the group of mutant outcasts as they learn to control their powers in the first X-Men (2000). Then, watch as the X-Men join forces with their enemies to save all mutants in X2: X-Men United (2003). Finish the trilogy with X-Men: The Last Stand (2006), as the discovery of a “cure” for the mutation starts a war.