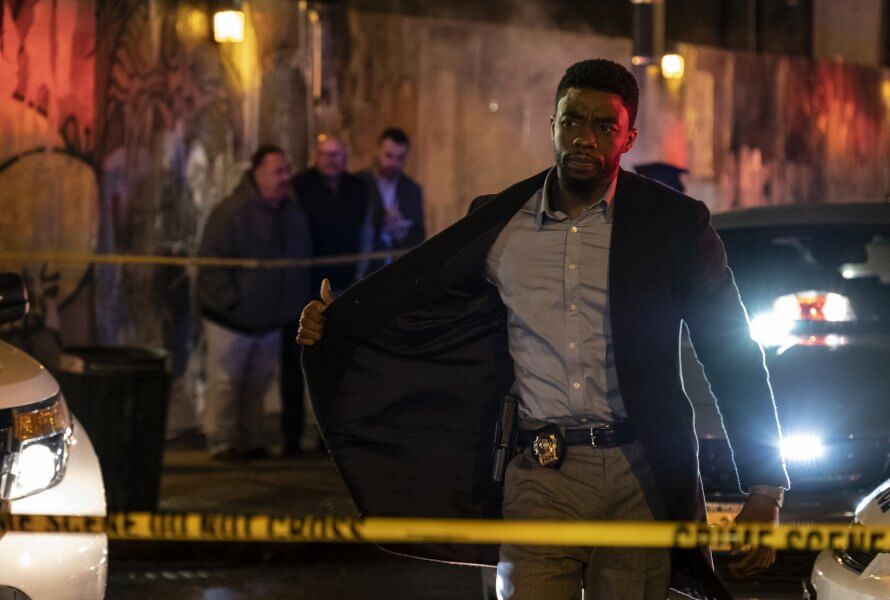 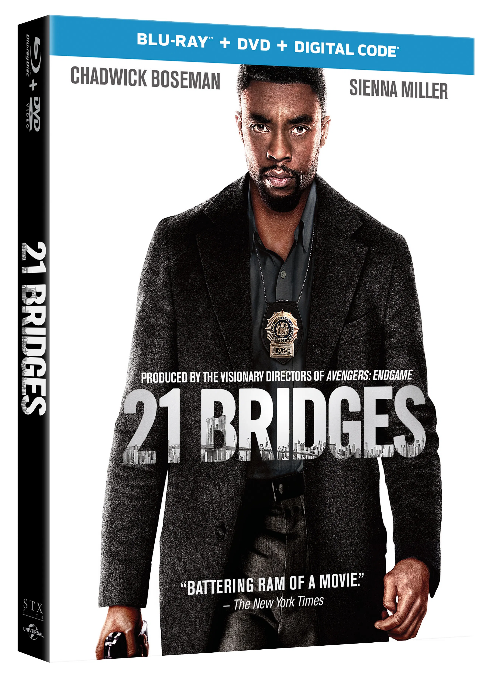 With the clock ticking down, an NYPD detective is plunged into the midst of a large-scale conspiracy, while trying to bring forth justice in 21 BRIDGES, arriving on Blu-ray on February 18, 2020 from STXfilms and Universal Pictures Home Entertainment.

21 BRIDGES is a gripping thriller that keeps audiences captivated with its twists and turns as the gray area between cop and criminal becomes more apparent. Hailed as a “battering ram of a movie” (The New York Times), the suspense and nonstop action of 21 BRIDGES allows viewers to take part in uncovering the many layers of the conspiracy themselves.

21 BRIDGES follows an embattled NYPD detective (Boseman), who is thrust into a citywide manhunt for a pair of cop killers after uncovering a massive and unexpected conspiracy. As the night unfolds, lines become blurred on who he is pursuing, and who is in pursuit of him. When the search intensifies, extreme measures are taken to prevent the killers from escaping Manhattan as the authorities close all 21 BRIDGES to prevent any entry or exit from the iconic island.