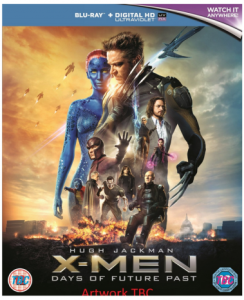 The highly-anticipated X-Men: Days of Future Past unites the classic cast from the first three X-Men movies (Patrick Stewart, Ian McKellen, Hugh Jackman et al) with their younger equivalents from 2011’s X-Men: First Class (James McAvoy, Michael Fassbender, Jennifer Lawrence and many more). With a storyline that twists its way through multiple timelines and a huge roster of mutant superheroes, Days of Future Past is nothing short of a comic-book epic. And with global box-office receipts after just four days totalling more than $300 million, audiences seem to agree.

In May, X-Men writer and producer Simon Kinberg told Digital Spy that the extended scene “is as good as anything else in the movie”. So this week, we were excited to learn that the sequence will follow Professor X (Patrick Stewart), Magneto (Ian McKellen) and Iceman (Shawn Ashmore)  as they attempt to rescue Rogue from the Xavier Mansion, a military base guarded by Sentinels.

For more information, head to Yahoo.com.