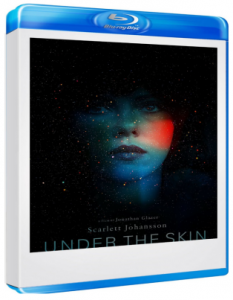 On the 14th July, one of the most critically acclaimed indie movies released so far this year, Under the Skin, will be released on Blu-ray in the UK.

Under the Skin is a “visually stunning and deeply disturbing” adaptation of Michel Faber’s 2000 sci-fi novel. The film sees Scarlett Johansson star as an alien roaming the streets of Glasgow, looking for raw flesh to devour.  With five star reviews from The Times, The Guardian, Rolling Stone Magazine and Total Film, this is one film not to miss on Blu-ray if you didn’t catch it at the cinema.

The Blu-ray extras are still to be confirmed, so keep an eye on Blu-ray.com for more information.