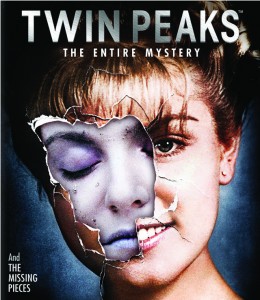 Fans of cult TV can add another box-set to their BD wishlists with the news that Twin Peaks, from the mind of David Lynch, is heading to Blu-ray in its entirety for the first time this summer. What’s more, it’s going to come with over 90 minutes of deleted scenes that have never seen the light of day before.

A mainstay on critical lists of the best TV shows of all time, Twin Peaks actually only ran for two seasons. But that was enough time for it to build a fanatical cult following which is going stong to this day. In line with David Lynch’s other work (Eraserhead, Blue Velvet, Lost Highway, Mulholland Drive), Twin Peaks isn’t easy to categorise for those who’ve never seen it, but if you’re a fan of the eccentric and are keen on mysteries, this could be one for you.

Twin Peaks: The Entire Mystery, hitting shelves from July 29th, will come with both complete seasons of the show, TV prequel movie Twin Peaks: Fire Walk With Me and nearly 90 minutes of never-before-seen deleted and alternate scenes.

Visit EW for more details and a sneak peek of some of the lost scenes.