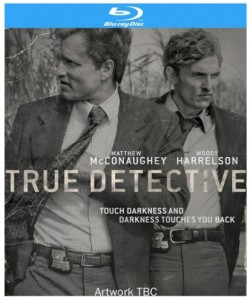 In an unprecedented announcement this week, HBO has confirmed that it will be bringing the addictive crime series, True Detective, to Blu-ray, before it has even announced the launch of a second series.

True Detective is one of the most popular TV shows to hit the small screen this year, and has been described by critics as “a marvel of craftsmanship, storytelling and performances” . Beginning in the early 90s, the series works alongside two detectives, as they spend seventeen years unravelling a serial murder case. The movie features spectacularly intense performances from Oscar winner Matthew McConaughey and Woody Harlesden.

The Blu-ray is set to come with exclusive interviews with Matthew McConaughey and Woody Harrelson, deleted scenes and an audio commentary.

The UK release date hasn’t been confirmed yet, so go to CineBlend.com for more details.