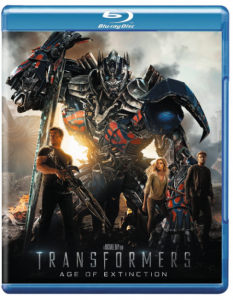 The dust is settling after an adrenaline fuelled battle between the two robot races, the (good) Autobots, and the (bad) Decepticons. As people begin to pick up the pieces of their shattered lives,  an eccentric inventor (Mark Wahlberg) and his family find themselves targeted by a bounty hunter from another world because they sided with the Autobots. This epic movie comes with high-octane action sequences and phenomenal special effects, which we are sure will look incredible in high definition.

The Blu-ray – available in 2D or 3D – is set to include over four discs jam packed with bonus features. Among these, there will be an in-depth interview with Michael Bay about his approach to the film’s jaw dropping action sequences, and several feauturettes delving into all aspects of this huge production.

For more details, check out IGN.