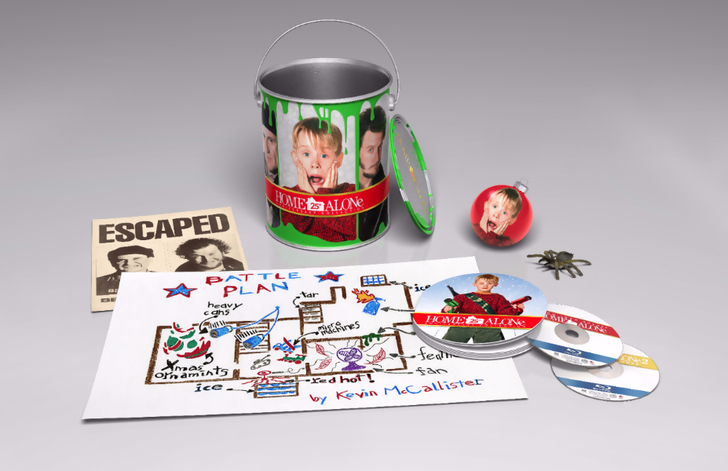 Home Alone is one of the ultimate holiday movies and is one of the all-time family favourite comedies. Now, 20th Century Fox Home Entertainment is celebrating the 25th anniversary with Home Alone: The Ultimate Collector’s Edition, which features a 4K Blu-ray restoration of the first film, as well as a Blu-ray copy of Home Alone 2.

The first movie introduces Macaulay Culkin as eight-year-old Kevin McCallister, who is left alone in his house after his parents head off on a Christmas vacation, accidentally leaving him behind. Kevin must become the man of the house and defend his house against two bumbling burglars, who have definitely bitten off more than they can chew with this resourceful young man!

You can view the trailer here: https://www.youtube.com/watch?v=gxSV9Q7VwY8&feature=youtu.be

As well as the first two movies, Home Alone: The Ultimate Collector’s Edition also includes DVD copies of Home Alone 3, 4 and 5, a wanted poster of the would-be thieves Harry (Joe Pesci) and Marv (Daniel Stern), a McCallister Christmas decoration, and a blueprint of Kevin’s traps. All of this is presented in a limited edition paint tin – making it a great gift for the holiday season.