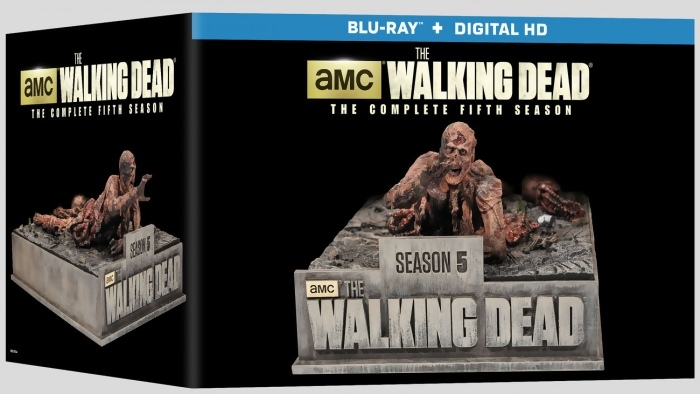 Zombie fans rejoice – season five of The Walking Dead will be crawling its way on to Blu-ray this winter! The Walking Dead: The Complete Fifth Season Limited Edition will be available as a Blu-ray box set on the 1st December.

The Walking Dead follows the story of a group of zombie apocalypse survivors, led by former police officer Rick Grimes, as they struggle to eat, drink, and find a safe place to call home. While the clear and present danger is the horde of bloodthirsty zombies, they also have to deal with personal conflicts, brought on by the horrors of being the last people alive on Earth.

The standard edition of The Walking Dead Season Five will be released around the end of August, but we recommend waiting for December’s limited edition. It will come with a collectable zombie figurine, as well as a number of special features exclusive to Blu-ray, including: