This week, we’re carrying on the countdown of our twelve favourite Christmas films, giving you three which you should watch this weekend. Check out Part One here, and let us know what you think we’ve missed so far in the comments. What do you think will take spots six, five and four next week?

Tim Allen plays Scott Calvin, a man who nearly ruins Christmas for everyone after he accidentally kills Santa Claus. However, by doing so, Scott unknowingly enters in to an agreement which sees him become Santa’s successor, responsible for delivering presents through the night.

At first believing the whole thing was a dream, Scott is most alarmed when he discovers that he’s growing a big, bushy beard and a rotund belly…

If you’re a fan of The Santa Clause, why not buy the complete three movie collection, which features the original and both sequels on Blu-ray.

Scrooged is a hilarious take on the Charles Dickens classic, starring Bill Murray, Karen Allen, John Forsythe and Bobcat Goldthwait. Murray plays Frank Cross, a bad-tempered and cynical TV executive who will stop at nothing to ensure his 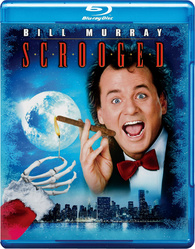 network’s ratings are the best, no matter who he upsets in the process. When he makes his staff work on Christmas Eve, he is visited by three spirits who want to show Frank why he must change his ways.

If you’ve ever been a fan of Bill Murray’s uniquely dry sense of humour, then this is the Christmas film for you!

A true American classic, It’s a Wonderful Life, directed by Frank Capra, captures the hearts of people all around the world at Christmas time.

James Stewart stars as George Bailey, a local businessman who dreams of escaping the small town in which he has lived and worked his whole life. The only thing holding him back is his determination to keep his business rival Mr Potter out of power. After disaster strikes on Christmas Eve, George contemplates ending his own life, until he is visited by an angel which shows him how terrible life would have been if he had never been born. 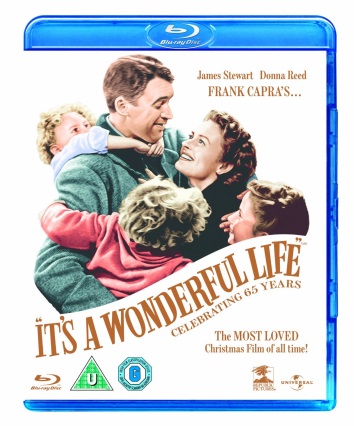 It’s a Wonderful Life is available as a 65th Anniversary Special Edition Blu-ray, which comes with a number of special features, including a colourised version of the movie, a making-of documentary, and an eight page commemorative booklet.