This week, we’re carrying on the countdown of our twelve favourite Christmas films, giving you three which you should watch this weekend. Check out Parts One and Two, and let us know what you think we’ve missed so far in the comments. What do you think will take the top spots next week? 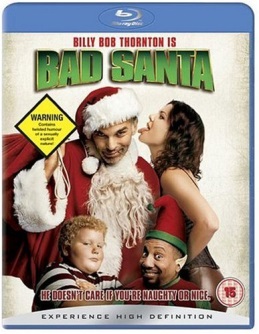 This hilarious Christmas cracker starring Billy Bob Thornton, Tony Cox and Bernie Mac is one of the naughtiest festive films around.

Billy Bob Thornton plays Willie T. Stokes, a convicted conman who works once a year dressed as Santa. Come Christmas Eve, he works with his dwarf, Marcus, to rob the department stores for everything they’ve got. However, when Willie gets distracted by a bartender with a craze for Santas and a young boy who’s bullied for his weight, a number of calamitous errors cause the two to question whether they’ll be able to continue their crime spree, or finally pay for what they’ve done.

Bonus features include audio commentary by director Terry Zwigoff, a behind-the-scenes documentary and a number of deleted scenes and outtakes.

Another classic which tends to appear around Christmastime, Gremlins has earned itself a cult status among film lovers.

Set during the run up to Christmas, a father buys a small, furry creature, called a Mogwai, for his son Billy. He is told that he must obey three simple rules: do not expose the Mogwai to bright lights, do not get it wet, and do not feed it after midnight. When Billy breaks the three rules, the creature spawns a number of companions, who run riot around the town, leaving chaos and destruction in their wake.

The Blu-ray comes with some great extras, such as deleted scenes, a behind-the-scenes documentary and a number of trailers. 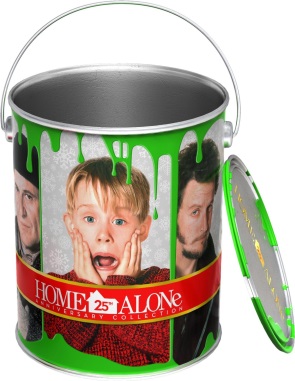 Home Alone is a movie which has become synonymous with Christmas, and is perfect for some festive laughs!

Now a five-part collection, the first movie introduces Macaulay Culkin as eight-year-old Kevin McCallister, who is left alone in his house after his parents head off on a Christmas vacation, accidentally leaving him behind. After discovering he’s alone, he must become the man of the house and defend it against two bumbling burglars, who soon realise they have bitten off more than they can chew with this resourceful young man.

You can grab all five films as part of Home Alone: The Ultimate Collector’s Edition, which comes with a 4K restoration of the first film, as well as a Blu-ray copy of Home Alone 2.