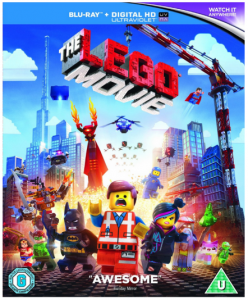 The UK Blu-ray release date for one of 2014’s critically acclaimed box office smashes, the Lego Movie, has been confirmed for July 21st. The special features for the highly anticipated release have been announced too.

The Blu-ray will boast an impressive thirteen special features, including a feature commentary, outtakes and deleted scenes. There will also be a Sing-Along feature for the addictive theme song ‘Everything is Awesome’, a special look at hilarious guest star Batman, a Michelangelo and Lincoln: History Cops short, a Ninjago movie teaser and documentaries on the making of this now classic piece of modern animation.