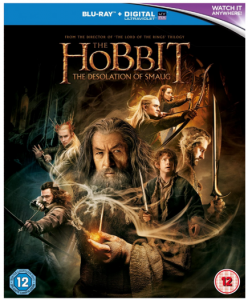 It has been confirmed that the extended edition of The Hobbit: Desolation of Smaug, the second instalment of Peter Jackson’s adaptation of J.R.R. Tolkein’s classic children’s novel, will be released on Blu-ray from 3rd November.

Bilbo (Martin Freeman), Gandalf (Ian McKellen), and the band of Dwarves resume their mission to take back the Dwarf Kingdom of Erebor in this latest film. Jackson conjures up more “far too many fabulous special effects, even to mention” as the group encounter fire breathing dragons and take on a deadly group of trolls.

Continuing the tradition started with Peter Jackson’s original Lord of the Rings trilogy, the extended edition will come with over nine hours of special features, and 25 minutes of extra film footage. The special features on this Blu-ray will take you right into the heart of the film making process, with behind the scenes tours, production diaries and a director’s commentary.