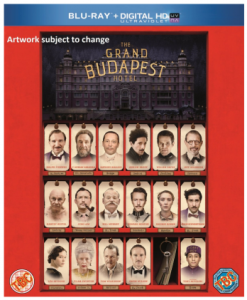 Wes Anderson’s “eloquent, offbeat and charming” film, The Grand Budapest Hotel, is set to hit Blu-ray shelves in the UK from the 7th July.

Set in Europe during the interwar years, the film follows the adventures of Gustave (Ralph Fiennes), a legendary concierge at the infamous Grand Budapest Hotel. This fun movie features cameo roles from Hollywood A-listers including Jude Law, Tilda Swinton, Harvey Keitel and Bill Murray. It also comes with some of the most subtle and powerful visual effects we’ve seen from an Anderson movie. VFX firm Look Effects has produced this video with a breakdown of the special effects you’ll see in the film. We’re hoping to see more features like this on the Blu-ray release.

Head over to High-Def Digest for further details.