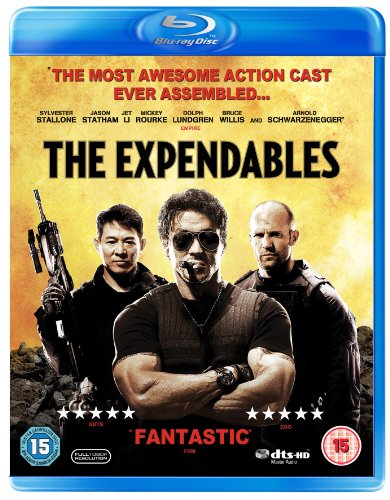 Picture a fist fight of epic proportions drenched in adrenaline… Add to that a gargantuan arsenal of weapons, the toughest of the tough in Hollywood and serve it up on a Blu-ray Disc and you may just be in for the biggest, action packed movie experience all year.

Sylvester Stallone, Jason Statham, Jet Li, Dolph Lundgren, ‘Stone Cold’Steve Austin, Arnold Schwarzenegger, Mickey Rourke and Bruce Willis all show what they’re made of in the Blu-ray release of The Expendables, which will hit the shops on December 13th.

It includes a large selection of extras such as an audio commentary with Sylvester Stallone, a post-production documentary, deleted scenes and gag reel. But on top of that the Blu-ray release has several exclusive extras such as ‘The Expendables: Ultimate Recon Mode’and ‘Bonus View'(where Stallone and the other Expendables provide a multi-layered, picture-in-picture look at the making of the film as it runs), as well as supporting iPhone control via Metamenu remote and BD Touch.