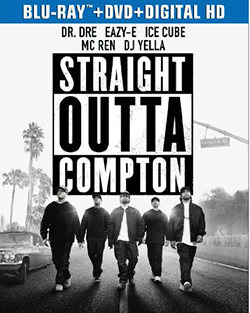 The film documents the true story of the rise, success, and subsequent fall of rap group N.W.A., which featured artists such as Dr Dre, Ice Cube and Easy-E. The movie follows the lives of the rappers, which are played by Ice Cube’s son O’Shea Jackson Jr., Corey Hawkins, Jason Mitchell and Aldis Hodge.

The Blu-ray will include a number of special features, some of which are high-definition exclusives. These include deleted scenes, a documentary about how the producers recreated N.W.A., and an exclusive never-before-seen performance by the cast.

Check out a trailer for the Blu-ray below: