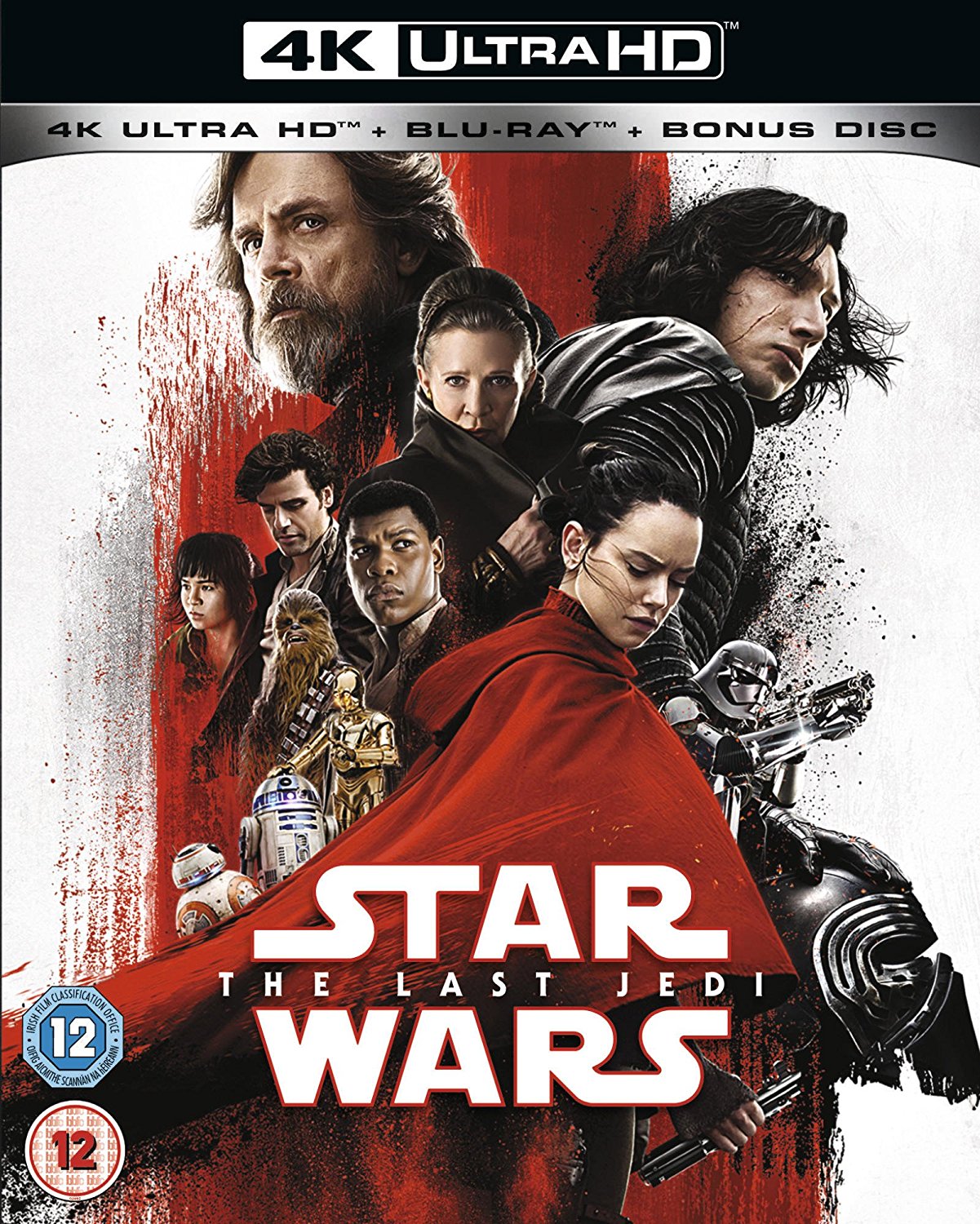 Walt Disney Home Entertainment has officially announced the release of Star Wars: Episode VIII – The Last Jedi on Blu-ray and Ultra HD Blu-ray, which will hit shelves on 27th March.

Star Wars: The Last Jedi is the next action-packed instalment in the famous saga, which earned critical acclaim and was the highest-grossing film of 2017.

The film follows on from the events of Star Wars: The Force Awakens, with Rey (Daisy Ridley) having located the long-lost Luke Skywalker (Mark Hamil). She insists Luke must come with her to battle the evil First Order, but he refuses to give up his peaceful and solitary life. That is, until, he sees Rey’s potential.

Disney has also revealed for the first time what special features will be included on the Blu-ray and Ultra HD Blu-ray versions of the film. Director Rian Johnson takes us on an intimate journey into the creation of Star Wars: The Last Jedi in a feature length documentary, explaining his unique interpretation of the Force. He also details his painstaking creation of Snoke, and deconstructs action-packed scenes from the film.

He also exclusively reveals two scenes featuring Andy Serkis as Snoke prior to his digital makeover, as well as 14 never-before-seen deleted scenes.