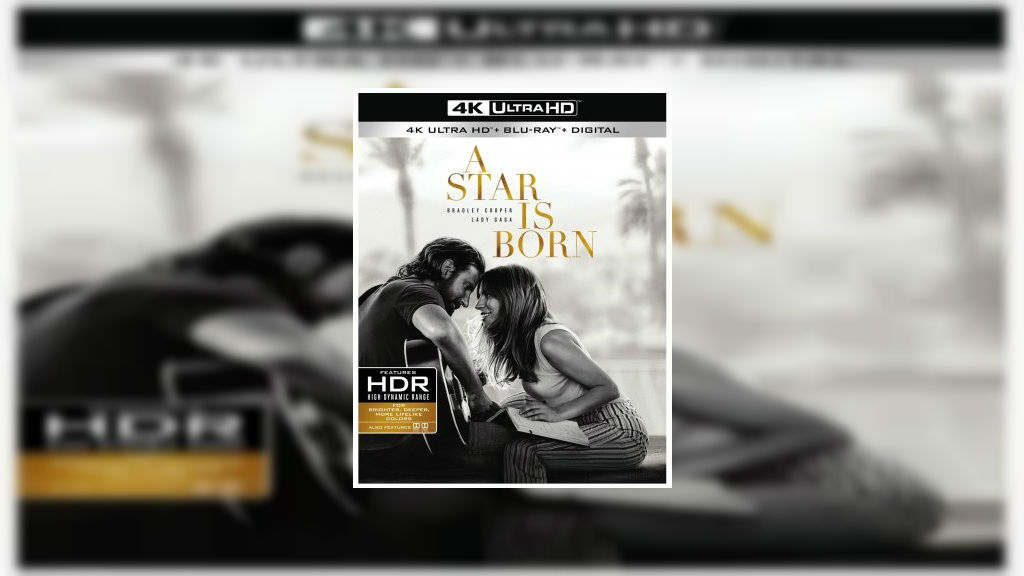 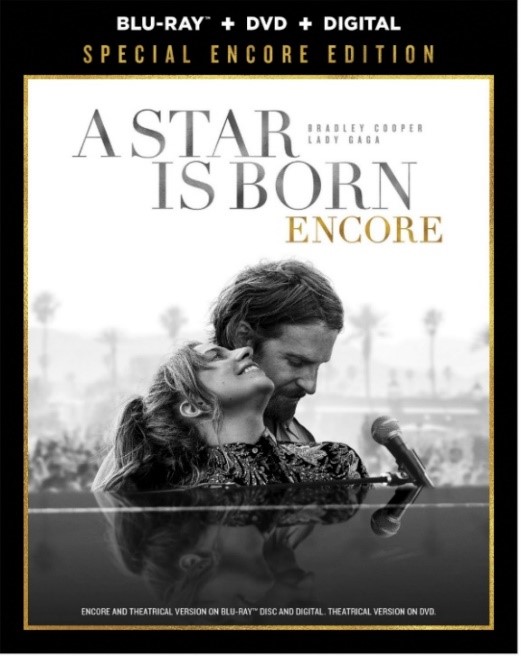 Warner Bros. Home Entertainment has announced that the extended cut of global hit A Star is Born, A Star Is Born Encore will be arriving on Blu-ray 4th June.

In A Star Is Born, Bradley Cooper and Lady Gaga fuse their considerable talents to depict the raw and passionate tale of Jack and Ally, two artistic souls coming together, on stage and in life. Theirs is a complex journey through the beauty and the heartbreak of a relationship struggling to survive.

In this new take on the iconic love story, seven-time Oscar nominee Cooper (A Star Is Born, American Sniper, American Hustle, Silver Linings Playbook), made his directorial debut. He stars alongside multiple award-winning music superstar Gaga, who took home the Oscar for Best Original Song for “Shallow,” and who was nominated for an Oscar for Best Actress in her first leading role in a major motion picture. Cooper portrays seasoned musician Jackson Maine, who discovers and falls in love with struggling artist Ally. She has given up on her dream to become a successful singer, until she meets Jack, who immediately sees her natural talent. The film also stars Andrew Dice Clay (Blue Jasmine), with Dave Chappelle (Chi-Raq) and Sam Elliott in his Oscar-nominated performance for Best Supporting Actor.

In addition to playing Ally, Gaga—who also previously earned an Oscar nod for the song “Til It Happens to You” from the film “The Hunting Ground”—performs original songs in the film with Cooper, which they wrote with a handful of artists, including Lukas Nelson, Jason Isbell, and newly minted Oscar winners Mark Ronson, Andrew Wyatt and Anthony Rossomando (Best Original Song, “Shallow”). The music is original and all vocals for the movie were recorded live during filming.

This special edition contains extended performances of such songs as opener “Black Eyes,” “Alibi,” and Lady Gaga’s Ally in her impromptu a cappella performance of “Shallow,” which received the Oscar for Best Original Song at the 91st Annual Academy Awards, following Cooper and Gaga’s moving performance during the ceremony. Also containing never-before-seen footage of Ally singing to Jack “Is That Alright?” in the wedding sequence, Jack in his studio singing “Too Far Gone,” Jack and Ally writing a new song together, entitled “Clover,” and much more, totalling nearly 12 additional minutes.