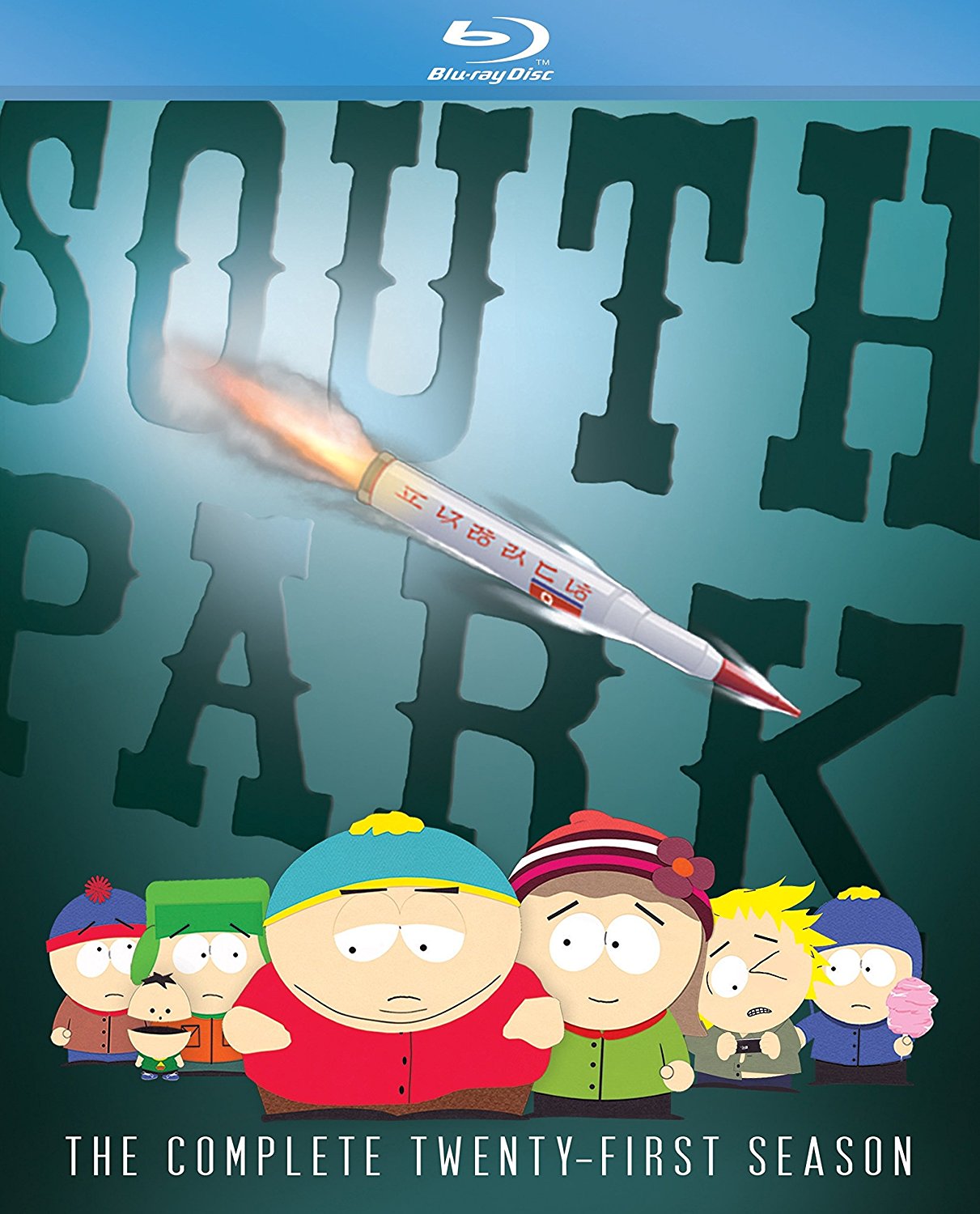 Paramount Home Media Distribution has officially announced that it will release South Park: The Complete Twenty-First Season on Blu-ray. The two-disc box set will be available on 5th June.

Join Cartman, Stan, Kenny and Kyle as the hilariously controversial animated series returns for its 21st instalment. Featuring uncensored versions of every single episode, follow the gang as they take on the opioid epidemic, experiment with water bears, dig into the underbelly of social media, and go to war with Canada.

Written by Trey Parker and Matt Stone, South Park has received a number of accolades over the years, including five Primetime Emmy Awards, a Peabody Award, and many more. The Blu-ray comes with a number of special features, including never-before-seen deleted scenes, commentary by Parker and Stone, and more.