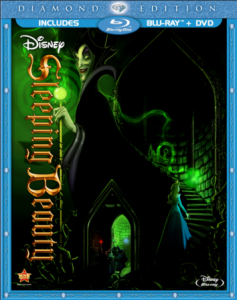 To mark its 60th birthday, Disney has confirmed that it will be releasing a re-mastered, high-definition Diamond Edition of Sleeping Beauty on Blu-ray in the UK on October 7th.

This 1950s classic invites you into the fairy tale world of Princess Aurora, where she has to fend off the evil magic of her wicked fairy godmother Maleficent to meet her true love. This film combines an enchanting mix of magic, mystery and sorcery.

Following in the footsteps of Disney’s other Diamond Editions, the Blu-ray will be packed with exclusive extras including never before seen deleted scenes, a spotlighting feature on Disney’s legendary villain animator Marc Davis and a piece on developing the animation in the movie.

For further details, head over to HighDef Digest.