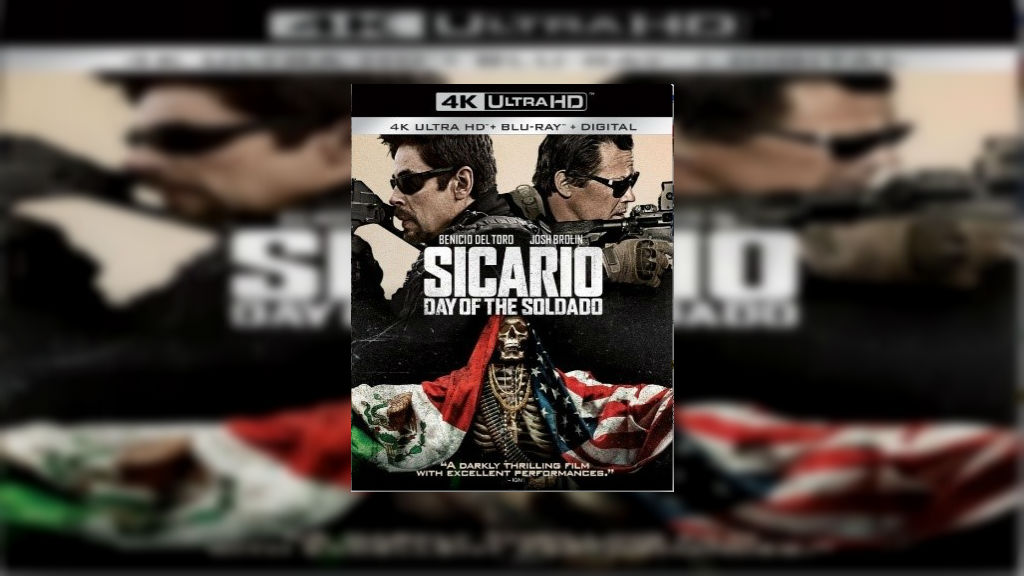 Sony Pictures Home Entertainment has officially announced that it will release the explosive action thriller Sicario: Day of the Soldado on Ultra HD Blu-ray. After the success and critical acclaim of Sicario (2015), Benicio del Toro returns in this ground shaking sequel alongside a multitude of stars including Josh Brolin, Isabela Moner, Jeffrey Donovan, and Catherine Keener. The disc will be available for purchase from October 2nd.

Sicario: Day of the Soldado opens with a new chapter. In the ongoing drug war, the rule book has been thrown out the window. As the cartels start to traffic terrorists across the US border, the opposing forces have the full backing of the government and all of its resources at their disposal. Federal agent Matt Graver (Brolin) calls on the mysterious and stoic Alejandro (del Toro), whose family were brutally murdered by a cartel kingpin, to throw some gasoline on this fiery war. Alejandro abducts the kingpin’s daughter to ignite the conflict, but when the girl is viewed more as collateral damage than a human being, the two men question the worthiness of what they are fighting for.