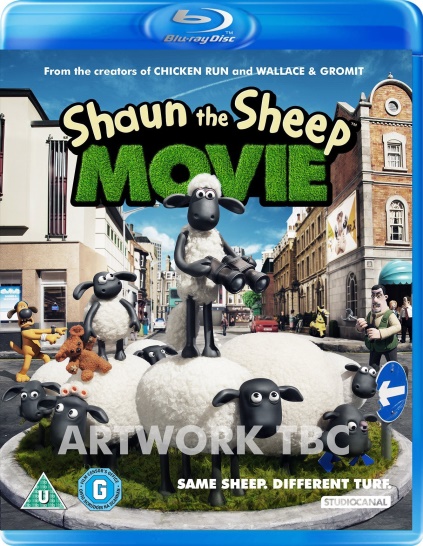 The countdown has begun: Shaun the Sheep will be available on Blu-ray from 1st June. The animated film is based on the stop-motion television series; a spin-off of the Wallace and Gromit franchise.

Shaun is a clever, mischievous sheep who lives with his flock on Mossy Bottom Farm, under the nominal supervision of The Farmer. Despite Shaun’s best efforts, life on the farm has got stuck in a rut, so Shaun concocts a madcap plan – to have a day off. Unfortunately the plan unravels and Shaun’s escapades inadvertently lead to the hapless farmer being taken away from the farm and thrown into the Big City.

With the flock’s help, Shaun must leave the farm for the first time in order to rescue The Farmer. But how will the sheep survive? Can they avoid the clutches of a fearsome animal catcher? This is an action-packed adventure with Aardman’s patented blend of stop-motion genius and warm, charming characters, which promises to thrill all ages in high definition.