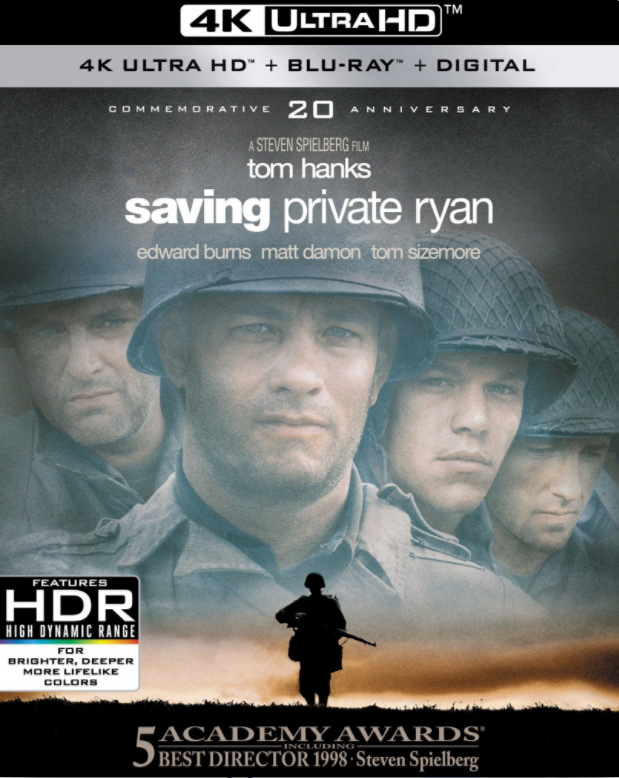 Paramount Home Media Distribution has officially announced that it will celebrate the 20th anniversary of Steven Spielberg’s epic Saving Private Ryan by releasing the film on Ultra HD Blu-ray for the first time. It will be available from 8th May.

Starring Tom Hanks, Edward Burns, Matt Damon and Tom Sizemore, the film follows Captain John Miller (Hanks) as he takes his men behind enemy lines during World War II to find Private James Ryan, whose three brothers have been killed in combat. Surrounded by the brutal realities of war, the men embark on their own personal journeys of self-discovery during the search for Private Ryan, finding inner strength to overcome an uncertain future.

The Ultra HD Blu-ray comes loaded with an arsenal of special features, including a look at how they recreated the battle of Omaha Beach, a making-of feature, and an in-depth exploration of the actors and the characters they play.

With Dolby Vision and HDR-enabled presentation, as well as Dolby Atmos sound, you will feel closer to the action than ever before.