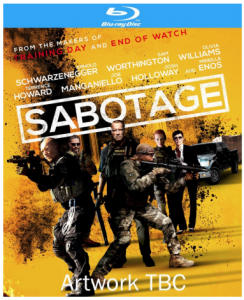 The gritty cop drama sees Arnie back as John “Breacher” Wharton, leader of an elite police unit dedicated to tackling drug crime. After John’s team successfully execute a raid on a cartel safe house, his police officers start to be killed. As the team is picked-off, Breacher begins to suspect that the killer might be closer to home.

The Blu-ray promises fans a feature length “making of” documentary and alternate endings. The disc is set to be released later this year.