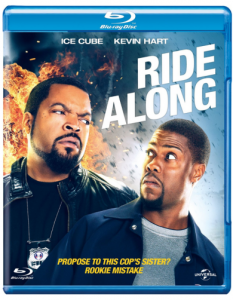 One of the most boisterous cop comedies to hit the box office in recent times, Ride Along, will be available on Blu-ray from 30th June in the UK.

The family of security guard Ben Barber’s (Kevin Hart) girlfriend, Angela, think he is a feckless video-game addict. When Kevin finally wins a place at the prestigious police academy he seizes on the opportunity to finally prove he can take care of Angela. Unfortunately for Kevin, Angela’s brother James (Ice Cube), a decorated APD detective has other ideas and decides to take Kevin on a night time “ride along” to encounter some of the city’s most notorious criminals.

The BD will come with loads of exclusive extras including an alternate ending, deleted scenes, b-roll and a look at the comedic chemistry between Ice Cube and Kevin Hart. There will also be a feature commentary with director Tim Story and a gag reel.