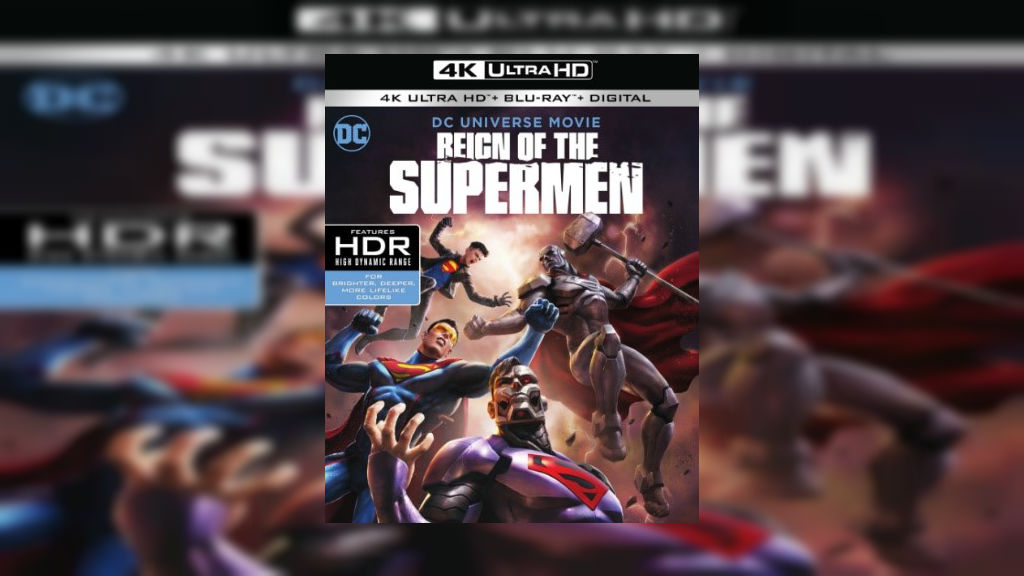 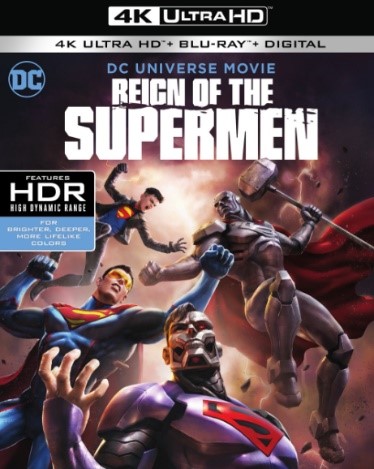 Warner Bros. Home Entertainment has officially announced that it will release Reign of the Supermen, the latest animated DC Universe movie, on Ultra HD Blu-ray and Blu-ray. The two releases will be available for purchase on January 29th.

Reign of the Supermen finds Earth’s citizens and the Man of Steel’s heroic contemporaries – dealing with a world without Superman. But the aftermath of Superman’s death, and the subsequent disappearance of his body, leads to a new mystery – is Superman still alive? The question is further complicated when four new super-powered individuals – Steel, Cyborg Superman, Superboy and the Eradicator – emerge to proclaim themselves as the ultimate hero. In the end, only one will be able to proclaim himself the world’s true Superman.
SPECIAL FEATURES