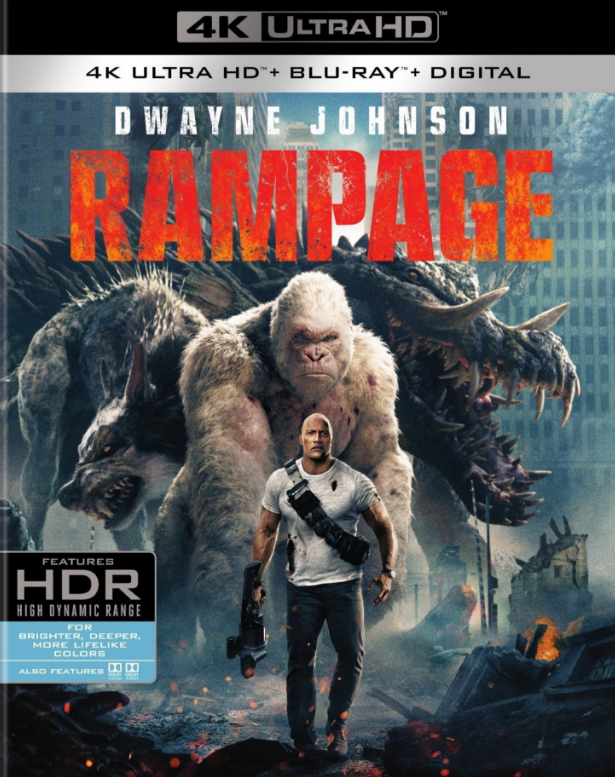 Warner Bros. Home Entertainment has officially announced they will be bringing the action of Brad Peyton’s Rampage right into your living room with 4K Ultra HD Blu-ray set for release on 17th July.

Dwayne “The Rock” Johnson headlines the action which sees him as primatologist Davis Okoye. Okoye is a man who keeps people at distance but shares an unshakable bond with George, the extraordinarily intelligent and rare albino silverback gorilla, formed since rescuing him from poachers at an early age. After a rogue experiment goes wrong, the gentle primate turns into a simian beast of enormous size. To make matters worse, it is soon discovered there are other similarly altered animals genetically wired to destroy anything in their path. It is up to Okoye and allies to secure an antidote and fight their way through an ever-evolving battlefield.

Fans can immerse themselves within the story from the comfort of their own homes with this first release of the 4K Ultra HD Blu-ray version of Rampage. Also available is an extensive bundle of special features, including a look into how George was brought to life, whilst experiencing the wonder of what it is to move and behave like a gorilla.