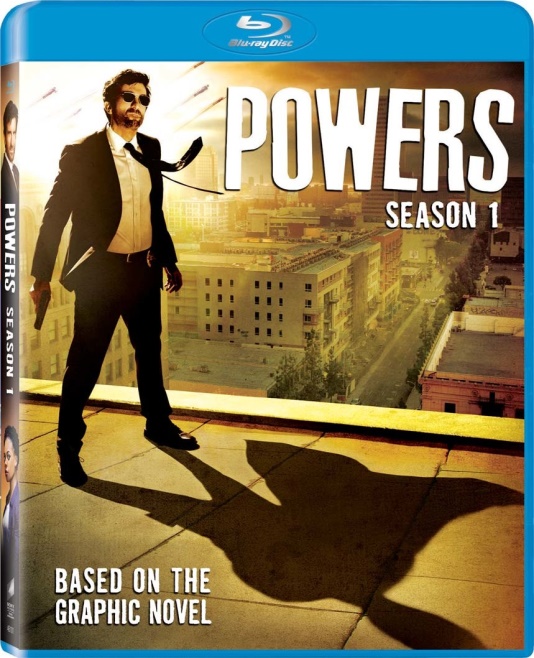 Powers made history earlier this year as the first ever TV series created especially for the PlayStation Network. But anyone without a PlayStation who missed out will be happy to hear that the entire first season is coming to Blu-ray. We love novel takes on the super hero genre, and Powers asks the question: what if the world was full of superheroes who aren’t actually heroic at all?

The three disc-set includes a number of bonus featurettes to enjoy,  including a piece on “Policing the All Powerful: Envisioning and Filming Powers” and “From One Visual Medium to Another: The Art and Adaptation of Powers.” The latter is exclusive to Blu-ray.

Keep an eye out. The series will be available on Blu-ray in the US from July 14. Expect a UK date shortly.