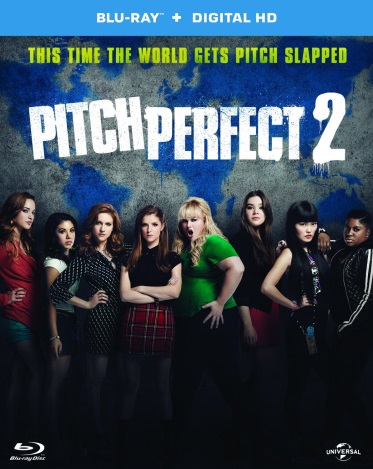 Pitch Perfect 2 is riding the crest of a wave in the box office at the moment. The sequel to surprise hit Pitch Perfect is going down such a storm that the release date for the Blu-ray edition has already been announced. You can watch this raucous comedy in high definition from September 21st.  Special features haven’t yet been announced but they’re bound to entertain.

The film centres on the Barden University’s all-female a cappella team, the Barden Bellas, as they return to take on the world championship; a competition no American team has ever won. Directed by Elizabeth Banks (‘The Hunger Games’) and starring Anna Kendrick and Rebel Wilson, Pitch Perfect 2 is brilliantly, ingeniously, funny.

In fact it hits all the right notes musically as well. The Pitch Perfect 2 soundtrack debuted at number one on the Billboard 200 last week.

While you check out the Pitch Perfect 2 trailer, imagine the same film with an audio that beats even louder and clearer. This bright and vibrant film was born to impress on Blu-ray.