Back in July, we reported that Marvel and Walt Disney Home Entertainment would release a limited edition, 13-disc Marvel Cinematic Universe: Phase Two Collection. Now, we’re excited to announce that the collection will finally be available from December 8th!

The set will include all six of the Phase Two films on Blu-ray, Blu-ray 3D and digital formats, each coming in a specially designed disc holder. The set itself comes in a life-size Orb prop from Guardians of the Galaxy, and contains special memorabilia, including a gold-foiled page from the book of Dark Elves, Avengers and S.T.R.I.K.E. uniform patches, and a replica of the Tony Stark tattoo from Iron Man 3. 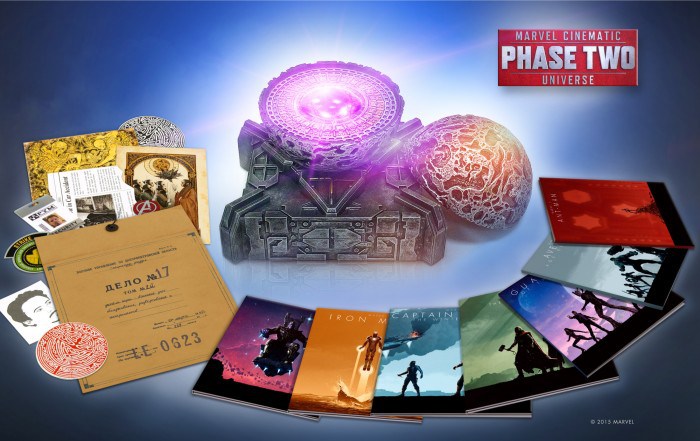 Of course, the box set is packed with special features from each film, including deleted scenes, making-of documentaries, audio commentaries and information about pre-production. For a full list, check out Slash Film.