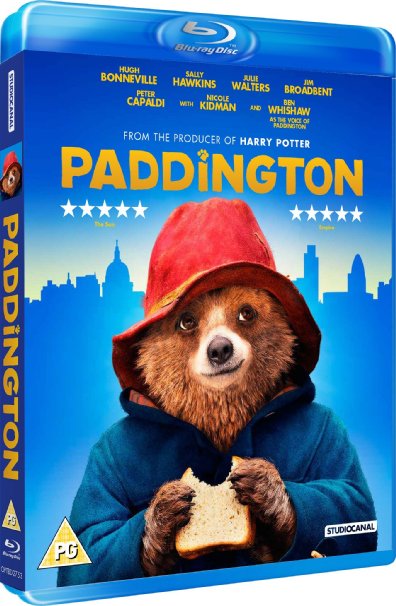 From the beloved children’s books series by Michael Bond, Paddington tells the story of the comic misadventures of a young Peruvian bear who travels to the city in search of a home. Lost and alone, he begins to realise that city life is not what he had imagined. He then fortuitously meets the Brown family who read the label around his neck that says “Please look after this bear. Thank you,” and offer him a temporary haven. It looks as though his luck has changed until this rarest of bears catches the eye of a museum taxidermist.

This new version of Paddington, brought beautifully to life by Ben Whishaw and some very impressive digital mastery, is every bit as sweet and charming as Bond’s original creation. Ben Whishaw’s hot-tea-and-honey voice is natural fit. The film in its entirety is an absolute delight; a source of great comfort; enough to warm the cockles of your heart.

The Daily Telegraph aptly described the overall effect as something like a Children’s Film Foundation adventure styled by Wes Anderson and written by Peter Cook. Imagine how much more uplifting it will be on Blu-ray!

Paddington will be available on Blu-ray from 23rd March.