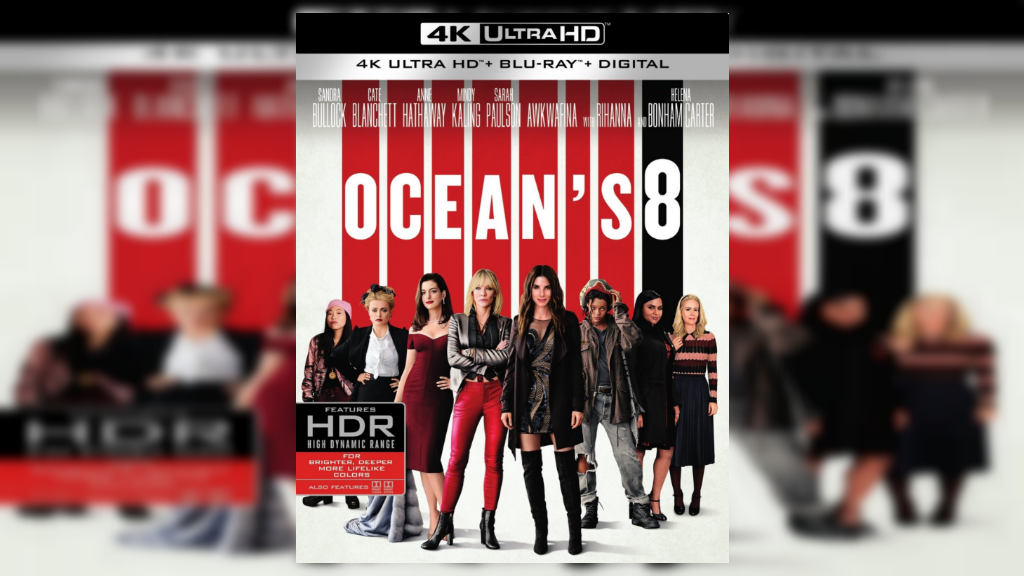 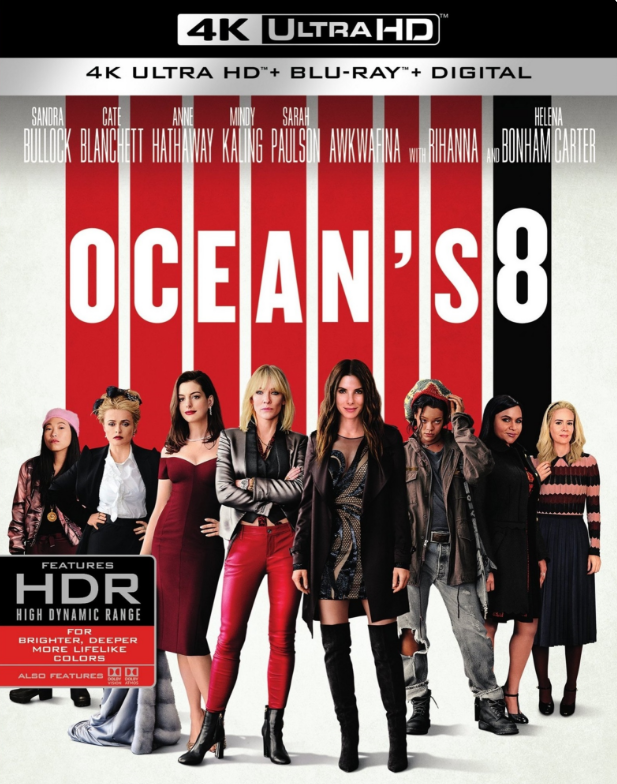 Five years, eight months, 12 days…and counting. That’s how long Debbie Ocean (Bullock)—just released from prison—has been concocting the greatest heist of her storied career. She knows what it’s going to take—a team of the best in their field, starting with her former partner-in-crime Lou (Blanchett). Together, they recruit a crew of specialists: jeweler Amita (Kaling), street con Constance (Awkwafina), expert fence Tammy (Paulson), hacker Nine Ball (Rihanna) and fashion designer Rose Weil (Helena Bonham Carter). The target is $150 million in diamonds—diamonds that will adorn the neck of world-famous actress Daphne Kluger (Anne Hathaway), who will be center stage at the event of the year, the Met Gala. Their plan appears rock solid, but it will need to be flawless if the team is to get in and get away—all in plain sight.

The 4K Blu-ray disc features support for Dolby Vision HDR and Dolby Atmos sound, plus a Blu-ray disc of the film and the following special features:

If you missed Ocean’s 8 in the cinema, here’s the trailer to whet your appetite.