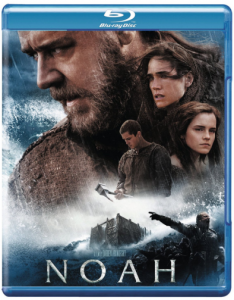 The fable of Noah has been the stuff of legend for over 2,000 years. The action kicks off after Noah (Russell Crowe) is warned by God that an almighty flood is coming to cleanse the earth of sin. Noah, a pious man, builds an Ark to harbour his family and rescue the earth’s innocent animals from the apocalyptic floods. Aronofsky’s adaptation breathes new life into this ancient story, and opens up a debate about good, evil, humanity and environmentalism. With an all-star cast including Russell Crowe, Emma Watson, Anthony Hopkins, Ray Winstone and Jennifer Connelly, it comes as no surprise that some critics are hailing this film as the most ambitious biblical movie since the 1950s.

The special features haven’t been revealed yet, but we’ll let you know as soon as they are confirmed.