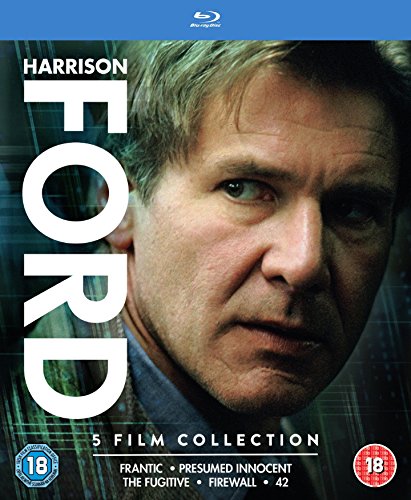 Big news for all Harrison Ford fans! Warner Brothers Home Entertainment has announced that it will be releasing Harrison Ford: Five Film Collection on Blu-ray on November 2nd.

Featuring five films – 42, Firewall, Frantic, Presumed Innocent and The Fugitive – it is a great introduction to Ford’s expansive career. Three of the films are brand new to Blu-ray, so this is a must-have for big fans.

Three of the films – 42, Firewall and The Fugitive – come with special features, which include behind-the-scenes commentary of The Fugitive, featuring Tommy Lee Jones and director Andrew Davis, an interview with Harrison Ford in which he discusses Firewall, and a documentary about baseball on 42.

What do you think is Ford’s best work? Has Warner Brothers picked an interesting mix? If you could pick his top five, what would you choose?