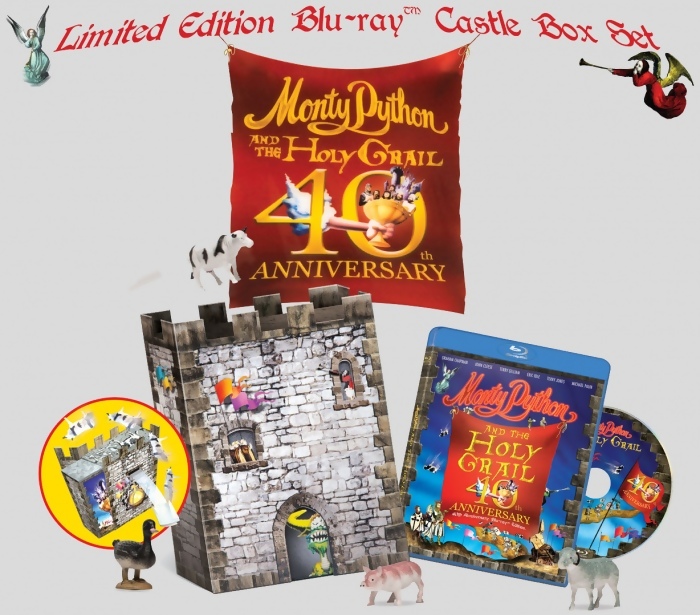 Woah there, Monty Python fan! Sony Pictures Home Entertainment has announced that will be releasing Monty Python and the Holy Grail 40th Anniversary Edition on Blu-ray on the 27th October. Alongside the standard Blu-ray, collectors will also be able to purchase a limited edition gift set with added goodies inside.

This classic comedy follows King Arthur and his noble knights as they traverse the land in search of the mythical Holy Grail. Of course, this being a Monty Python film, hilarity ensues throughout as their quest is far from straightforward, encountering obstacles such as the sarcastic French Knight, Tim the Enchanter, and Terror of the Cave of Caerbannog.

The limited edition gift set comes complete with catapult packaging, rubber farm animals, and all-new introductory letters from Terry Gilliam and Terry Jones. It’s all very silly, much in keeping with Monty Python. Both the standard and limited editions come with the following special features: