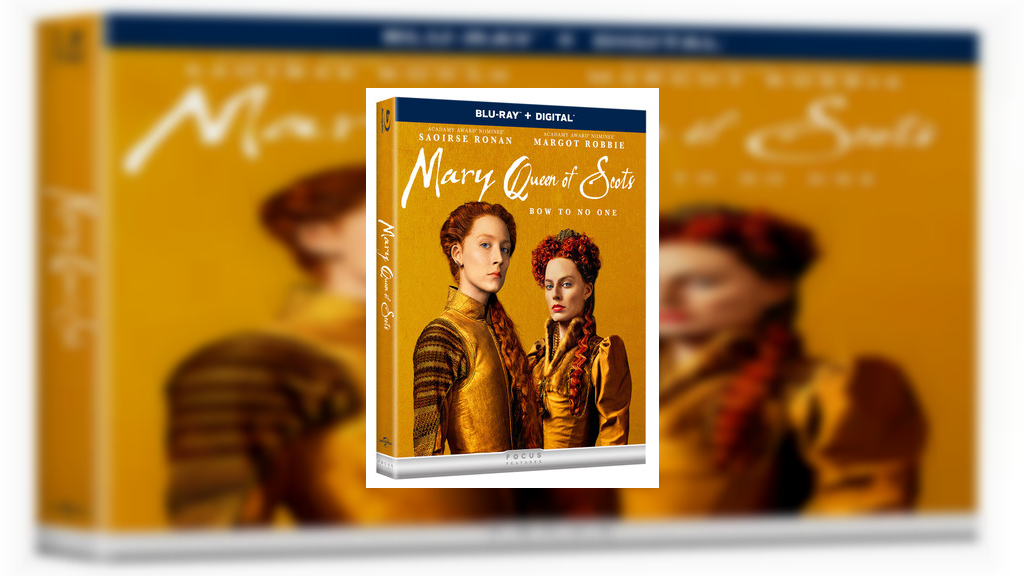 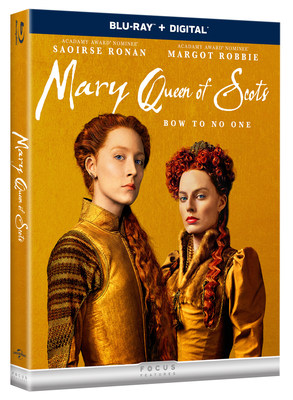 Mary Queen of Scots (2018) is a story of two powerful Queens battling for one throne, in the riveting and extraordinary drama based on a true story that will arrive on 4K Ultra HD Blu-ray and Blu- ray on 26th February.

A chronicle of two strong woman pitted against each other in an age of male dominance, the 16th century tale showcases Academy Award nominees Saoirse Ronan and Margot Robbie in their roles as Mary I of Scotland and Elizabeth I of England. Filled with manipulation, betrayal and deceit from start to finish, Mary Queen of Scots also features an outstanding supporting cast including Guy Pearce, Jack Lowden, Joe Alwyn and David Tennant.

Mary Queen of Scots explores the turbulent life of the charismatic Mary Stuart (Ronan). Queen of France at 16, widowed at 18, Mary defies pressure to remarry and instead returns to her native Scotland to reclaim her rightful throne. By birth, she also has a rival claim to the throne of Elizabeth I (Robbie), who rules as the Queen of England. Determined to rule as much more than a figurehead, Mary asserts her claim to the English throne, threatening Elizabeth’s sovereignty. Rivals in power and love, the two Queens make very difficult choices about marriage and children. Betrayal, rebellion and conspiracies within each court imperil both Queens-driving them apart, as each woman experiences the bitter cost of power.