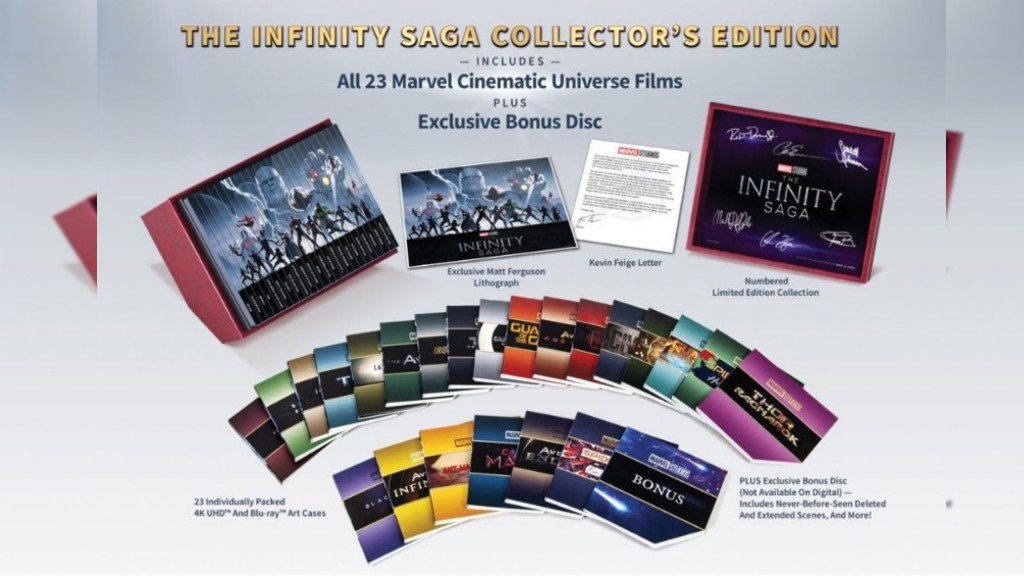 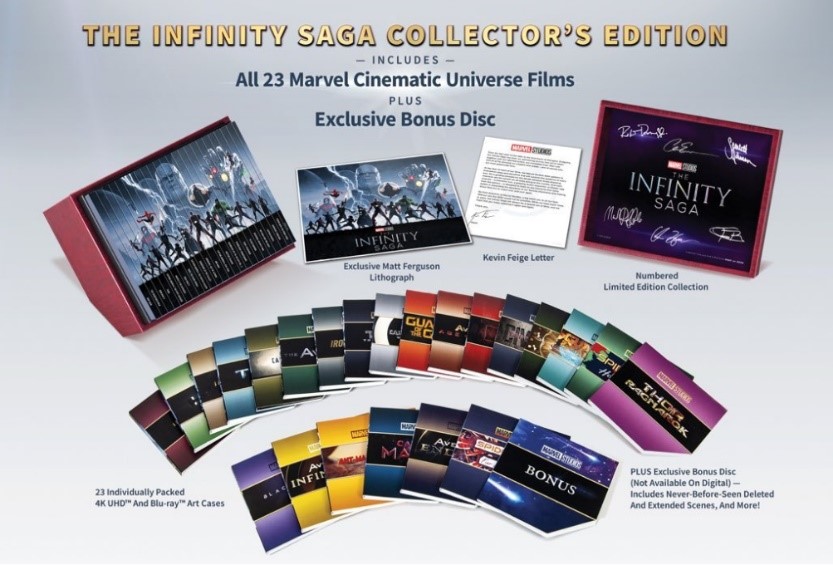 Marvel Studios has confirmed that its Infinity Saga Collector’s Edition Boxset is heading to Blu-ray from November 15.

The epic, limited edition set will include all 23 movies from the first three phases of the Marvel Cinematic Universe (MCU), including this year’s record-smashing Avengers: Endgame and the most recent instalment, Spider-Man: Far From Home. Each film will come on both a standard Blu-ray and an Ultra HD Blu-ray.

In addition to the films themselves, the set will also include:

The set is currently a Best Buy exclusive.