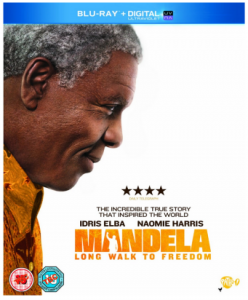 Pathé has confirmed the Blu-ray special features for Long Walk to Freedom, the first ever feature length account of the late Nelson Mandela’s struggle against Apartheid in South Africa.

Based on his own autobiography, director Justin Chadwick charts Nelson Mandela’s journey as he matures from boyhood, to freedom fighter and finally becomes the first demoncratically elected President of South Africa. With a “beautifully subtle” performance from Idris Elba as the legendary world leader, and an Oscar nomination under its belt, this iconic movie is definitely one to catch on Blu-ray.

The Blu-ray will come with a documentary on Mandela called The Leader You Know, The Man You Didn’t, a commentary with director Justin Chadwick, behind-the-scenes featurettes and a video gallery in tribute to one of the most enigmatic statesmen in history.

A European release date is yet to be confirmed, but you can check out Blu-ray.com for more info.