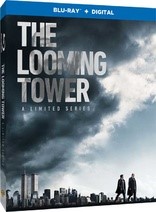 Warner Bros. Home Entertainment has officially announced that it will release The Looming Tower on Blu-ray on 18th September.

Adapted from the best-selling, Pulitzer Prize-winning novel by Lawrence Wright, the series reveals the untold story of the September 11 attacks, and how the secret rivalry between the FBI and the CIA may have inadvertently set a path for the tragedy to take place.

Jeff Daniels stars as I-49 Squad chief John O’Neill, who faces a constant, deliberate lack of cooperation from other intelligence organisations, despite receiving credible information that the U S is the target of a terrorist attack.

The Blu-ray comes with all ten episodes of the show, as well as a number of special features including a look at the real-life events which inspired the story, interviews with FBI agents, and more.