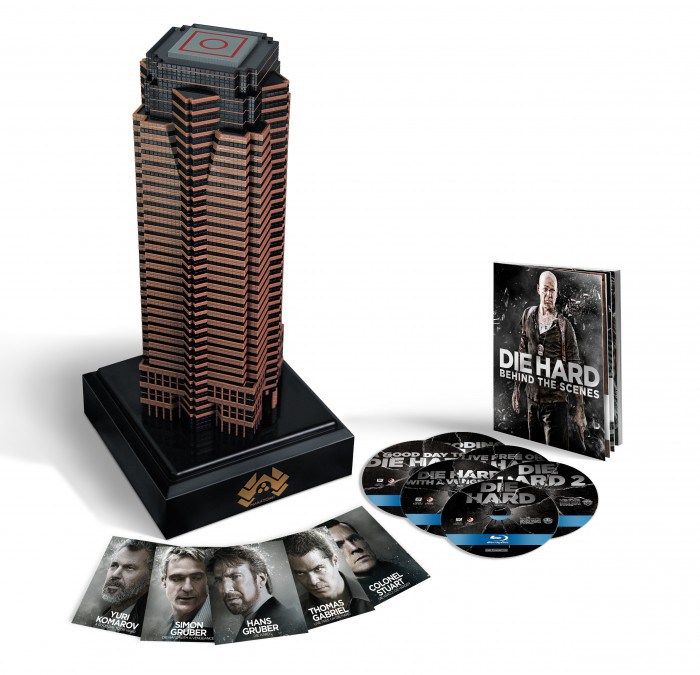 Die Hard devotees will be jubilant to learn that they can now get their hands on a new Die Hard Blu-ray set which houses all five films on Blu-ray in a replica of the notorious Nakatomi Plaza from the first movie.

The tower’s significance cannot be downplayed, as the setting of the first iconic film in one of cinema’s most enduring action franchises. In real life, the signature building is located in Century City in Los Angeles, and is now Fox Plaza, the official home of 20th Century Fox.

This limited edition set not only includes all five Blu-rays, but also an explosive hour-long documentary feature that celebrates the franchise with filmmakers and talent interviews and a series of collectible cards honoring the vanquished villains. As the final cherry on the cake, check out the 32-Page, behind-the-scenes book on all the secrets of the movies that even the most die-hard fans may not know!