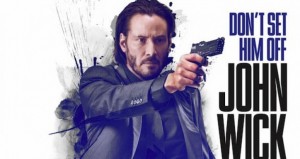 Featuring Keanu Reeves in full on action mode, John Wick (Reeves) is an ex-hitman who is forced to come out of retirement to track down a group of gangsters who take everything from him. Using New York as its bullet-riddled playground, John Wick is a throwback to classic popcorn action that The Guardian described as “a slick, propulsive and ridiculous crime picture that strides like an automatic machine gun”.

When John Wick hits Blu-ray next year, it will include a commentary from director Chad Stahelski and six featurettes delving into the making of the movie. If you missed it in cinemas last year, check out the trailer below: