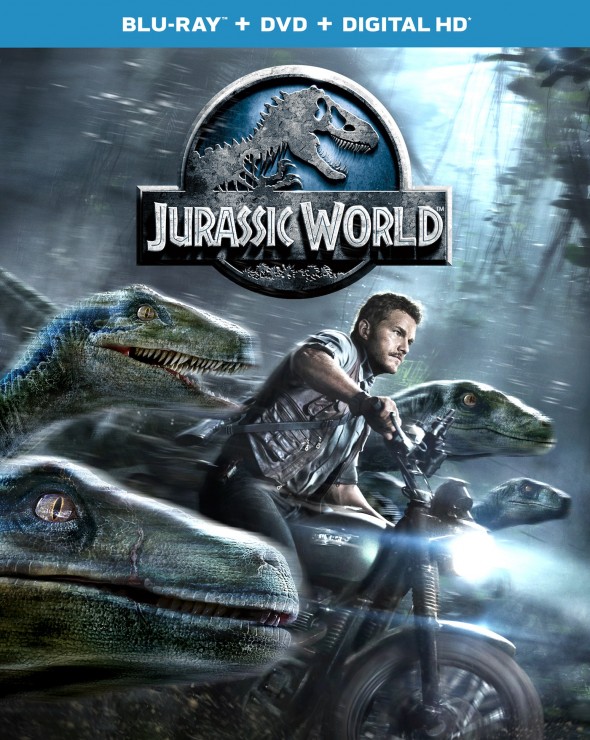 This year’s highest-grossing film so far (at least until Star Wars: The Force Awakens hits theatres), Jurassic World is heading to Blu-ray from 19th October – and to whet your appetites the box art and special features have just been revealed.

Directed by relative newcomer Colin Trevorrow (Safety Not Guaranteed) and starring man of the moment Chris Pratt and Bryce Dallas Howard, Jurassic World picks up more than 20 years after the events of the original movie. John Hammond’s dream of a functioning theme park filled with living, breathing dinosaurs has become a reality, with thousands of visitors coming to Isla Nublar each day. But in today’s technology-obsessed world of instant gratification, even the mighty T-Rex struggles to divert much attention from an audience more interested in taking selfies. So in effort to reinvigorate interest, the park’s genetic engineers create an all-new breed of dinosaur which is bigger, deadlier and has much more teeth than anything nature ever produced. What could possibly go wrong?

Special features for the Blu-ray include a behind-the-scenes look at the special effects called “Dinosaurs Roam Once Again” and a video of Trevorrow and star Christ Pratt interviewing each other called “Chris & Colin Take on the World.” Exclusive Blu-ray content includes an extensive making-of documentary featuring executive producer Steven Spielberg, and a guided tour of the Innovation Center museum exhibit from the film hosted by Pratt.

Are you planning on picking up Jurassic World? Let us know what you think of the film in the comments.