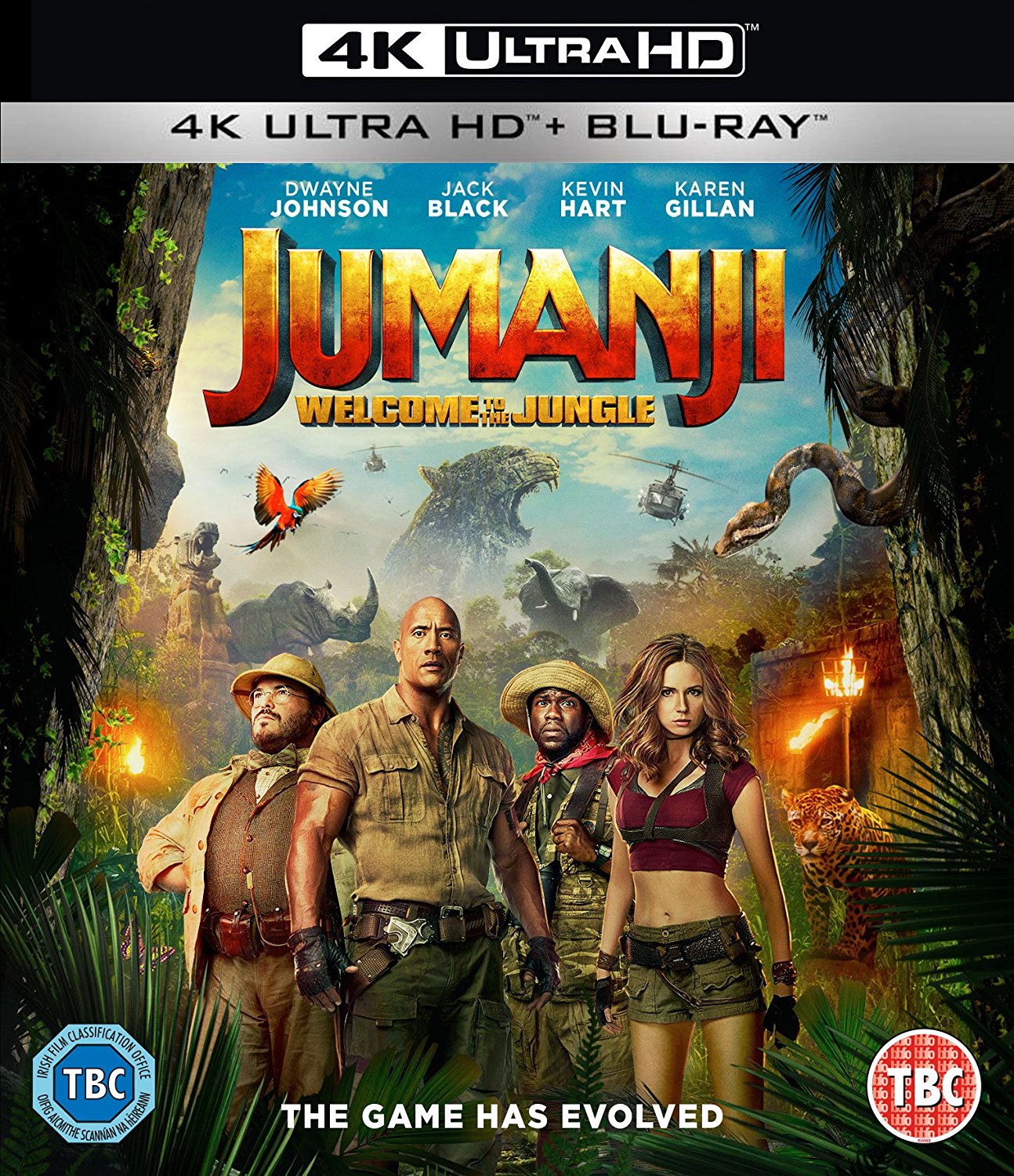 Sony Pictures Home Entertainment has officially announced that it will bring Junanji: Welcome to the Jungle to Blu-ray and Ultra HD Blu-ray on 20th March.

They are immediately drawn into the game’s jungle setting, and instantly become the avatars they chose for themselves. The group soon discovers that you don’t just play Jumanji – you must survive it. To beat the game and return to the real world, they must embark on a dangerous adventure, and discover the secret that Alan Parrish left twenty years ago.

The Blu-ray and Ultra HD Blu-ray both come with a number of special features, including a look at the making of the film, a documentary about the stunts, a gag reel and much more.