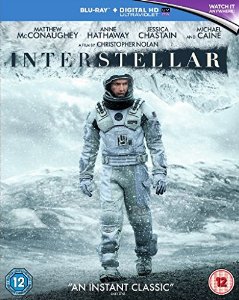 It’s only been available for a few weeks, but Interstellar, the epic science fiction adventure from director Christopher Nolan, has become the UK’s biggest selling Blu-ray of the year so far.

We looked at the disc in more detail here, but suffice to say that Nolan’s usual combination of visual splendour, bombastic sound and ambitious storytelling makes Interstellar a perfect film to enjoy on Blu-ray. The British public must agree, since it has overtaken huge hits like The Hunger Games: Mockingjay Part 1 and Paddington to become the biggest selling Blu-ray of 2015 so far, shifting over 115,000 units since its release.

The full top 10, as compiled by the Official Charts Company, is as follows:

Did you pick up a copy of Interstellar? What’s been your favourite Blu-ray of 2015 so far? Let us know in the comments.