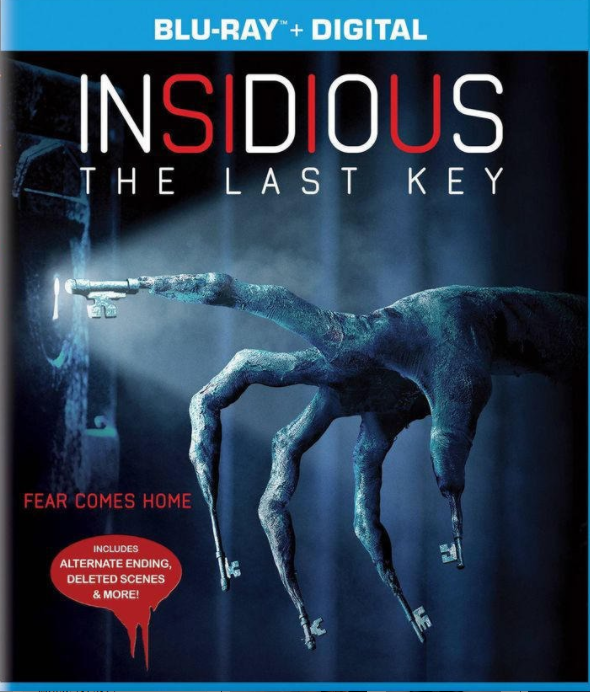 Sony Pictures Home Entertainment has officially announced that it will release Adam Robitel’s thriller Insidious: The Last Key on Blu-ray on 3rd April.

Starring Josh Stewart, Javier Botet, Spencer Locke, Lin Shaye and Caitlin Gerard, Insidious: The Last Key is the next chapter in the horrifying franchise. Lin Shaye reprises her role as parapsychologist Dr. Elise Rainier, who returns to her family home to face the unrelenting demons that have plagued her since childhood.

Accompanied by her two investigative partners, Elise must delve deeper into the Further to unlock the mystery and destroy her greatest fear.

The Blu-ray comes with a number of special features including an alternate ending, more than twenty minutes of additional scenes, a franchise recap and more.