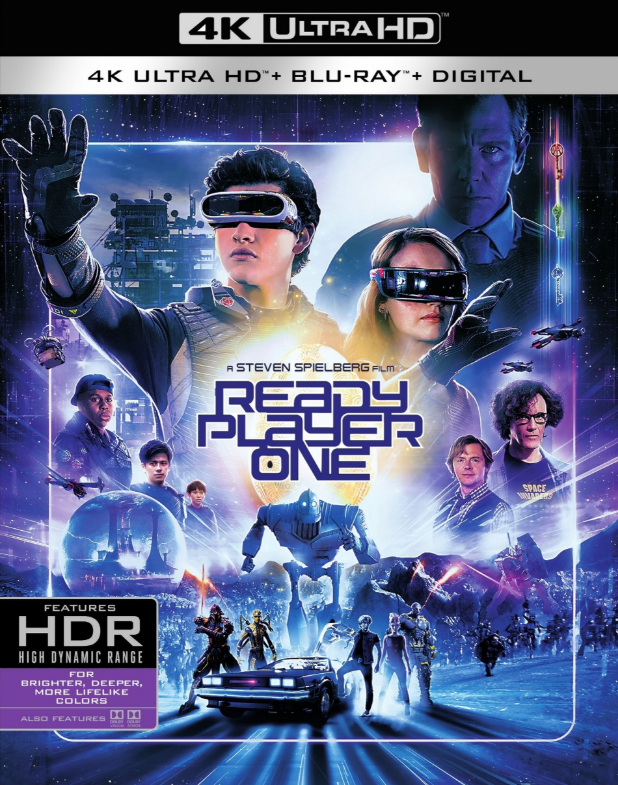 Warner Bros. Home Entertainment has officially announced that it will release Steven Spielberg’s Ready Player One on Blu-ray and Ultra HD Blu-ray on 24th July.

Starring Tye Sheridan, Olivia Cooke, Ben Mendelsohn, Lena Waithe and T.J. Miller, Ready Player One is based on the bestselling novel of the same name by Earnest Cline, who also stepped in as the film’s screenwriter alongside Zak Penn.

Set in the year 2045, the film follows Wade Watts, a teenager who only feels alive when he’s in the OASIS – an immersive virtual universe where most of humanity spends their days. In the OASIS, you can go anywhere and do anything. The OASIS’ creator, James Halliday, left his entire fortune to whoever can win a three-part contest designed to find a worthy heir. When Wade conquers the first challenge, he and his friends are hurled into a fantastic universe of discover and danger, to save the OASIS and their own world.

The Blu-ray and Ultra HD Blu-ray both come with a number of special features, including a look at the 80s nostalgia which inspired the story, a look at the film’s soundtrack, and much more.