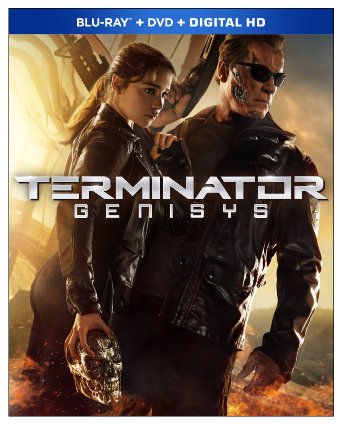 Paramount Home Entertainment has announced that the fifth instalment in the iconic Terminator series will be released on November 10th, just in time for the holiday season.

Terminator Genisys tells the story of Kyle Reese, played by Jai Courtney, who is sent back by the leader of the human resistance, John Connor (Jason Clarke), to protect his young mother, Sarah, played by Emelia Clarke. Arnold Schwarzenegger resumes his career-defining role as The Terminator, who is sworn to protect Sarah Connor. He must work with Sarah and Kyle to fix events which may alter the future and put the very existence of mankind in jeopardy…

Genisys garnered lots of early buzz due to its clever revisiting of key moments from the original films, including a shot-for-shot recreation of Kyle Reese’s arrival in 1984. Plenty of other nods to classic Terminator moments mean fans have lots to watch out for.

Both the 2D and the 3D Blu-rays will come with over an hour of special features, including insight into the casting process, behind-the-scenes footage and a documentary about the film’s special effects. Both discs also boast support for Dolby Atmos for the ultimate audio experience.