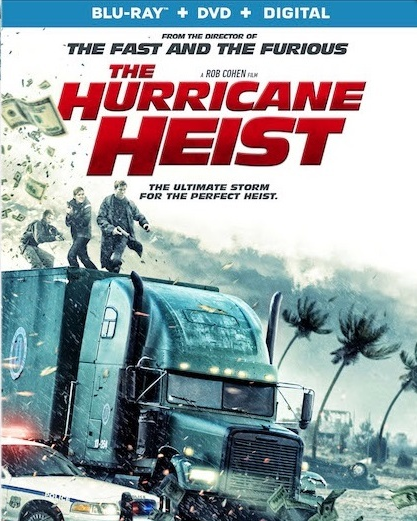 Lionsgate Home Entertainment has officially announced that it will release Rob Cohen’s action thriller The Hurricane Heist on Blu-ray and Ultra HD Blu-ray on 12th June.

Starring Maggie Grace, Toby Kebbell, Ryan Kwanten, Ralph Ineson and Melissa Bolona, The Hurricane Heist unleashes a perfect storm of action as criminals plan to infiltrate a U.S. Mint facility during a hurricane. Their plan is to steal $600m and escape using the extreme weather as cover. But a treasury agent and storm chaser have other ideas, sparking a race against time to save the hostages and stop the thieves before the town is reduced to rubble.

The Blu-ray and Ultra HD Blu-ray both come with a number of special features, including commentary by director Rob Cohen, deleted scenes, a look at the visual effects and more.