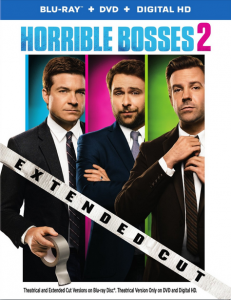 It offers up a fast-paced plot. Frustrated with answering to their horrible bosses, Nick, Kurt and Dale (Bateman, Sudeikis and Day) decide to launch their own business. Soon, however, a slick investor (Waltz) pulls the rug out from under them. Outplayed and desperate, and with no legal recourse, the three would-be entrepreneurs hatch a misguided, hare-brained plan to kidnap the investor’s adult son (Pine) and ransom him to regain control of their company.

Extras include Off-the-Cuff: One-Liners You Didn’t See, which will give you a glimpse into the hilarious world of these talented comedy performers. We’ll update you when a European release is confirmed.