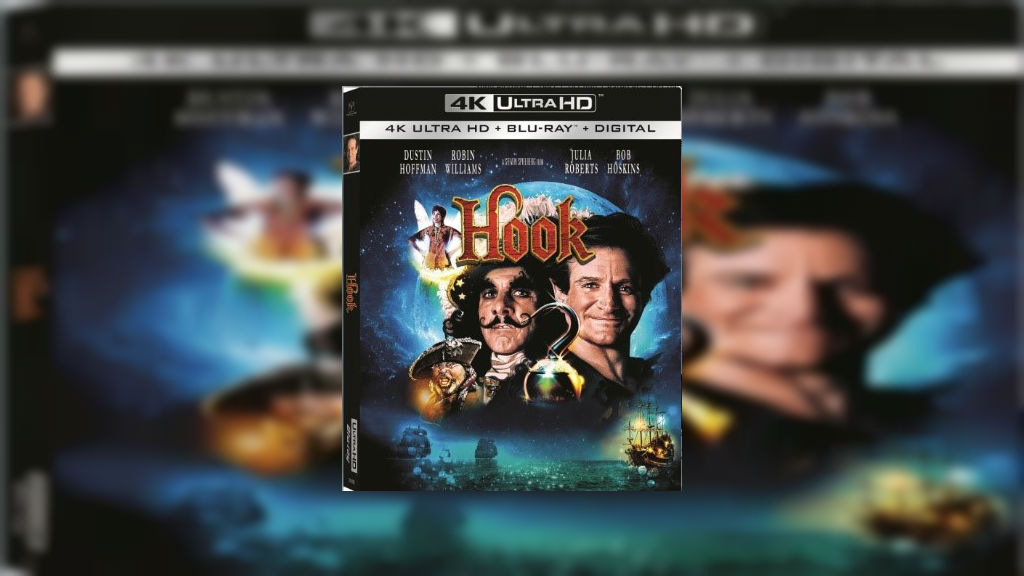 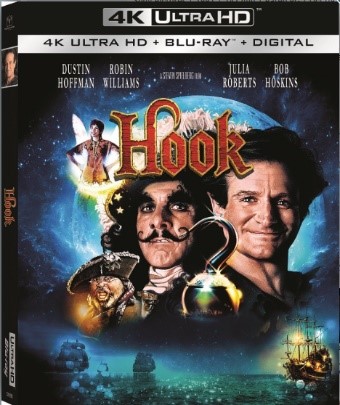 Hook sees Robin Williams play a grown-up Peter Pan and Dustin Hoffman as one of the most iconic villains in popular culture, Captain Hook. Joining the adventure is Julia Roberts as Tinkerbell and Bob Hoskins as the pirate Smee. Maggie Smith also features as Granny Wendy Darling, the one who must reignite the Pan inside Peter Banning, the middle-aged lawyer who has forgotten of his heroic and wonderous past from Neverland. As Peter Pan is re-born so is the adventure, with Peter off to Neverland to rescue his two children from Captain Hook. Along the way, he rediscovers the power and importance of imagination, friendship and perhaps the most important of them all, magic.

The film is fully restored in 4K from the original camera negative, with approval on the 4K High Dynamic Range master from director Steven Spielberg, and Dolby Atmos audio support for maximum impact. The disc also includes 11 never before seen deleted scenes.